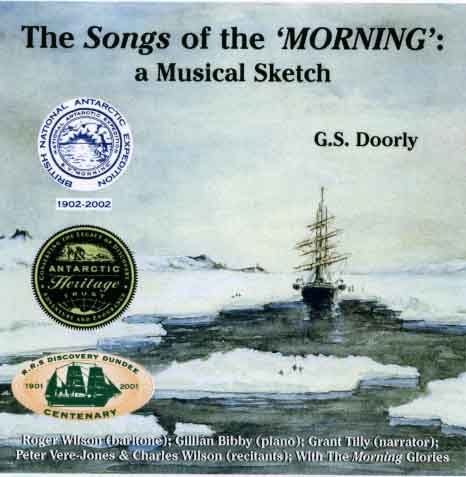 SONGS OF THE MORNING

The Songs of the ‘MORNING’: A Musical Sketch

Music and poems from the Heroic Age of Antarctic Exploration as composed during the Relief Voyage to the British National Antarctic Expedition 1901-1904.

Music by Lieut. G.S.Doorly, Lyrics by Chief Engineer Morrison and other officers, including Ernest Shackleton.

A host of New Zealand’s best musicians and actors have generously collaborated to produce this recording to mark the centenary of the voyage of the ‘Morning’ to relieve Captain Scott and company aboard ‘Discovery’ in 1902. This is the first time that the famous ‘Songs of the Morning’ have been released on CD. Roger Wilson is a grandson of Lieut. Doorly and is one of New Zealand’s best known opera and concert singers. Grant Tilly and Peter Vere-Jones are two of New Zealand’s most distinguished and accomplished actors.

Hidden amidst poems and jottings on the yellowed pages of an old sailor's notebook was a musical tribute to Antarctica, but it was only this year that New Zealander Roger Wilson discovered his grandfather's music hall-style arrangement. Now a century later after the songs were first performed, the Wellington concert and opera singer, his family and friends have recorded the poems, songs and the narrative written by Lieutenant Gerald Doorly about his experiences as the third officer on the Morning, the ship that sailed in 1902 to relieve Captain Robert Falcon Scott's Discovery in Antarctica. “It’s a ripping yarn with occasional music," says Roger Wilson. "It's not this grim British determination stuff at all. It's high-spirited blokes hooning around. There's nothing high-minded about this at all, which is what really makes it rather charming." The idea for the recording came when another Doorly grandson, Roger's cousin Stephen Freed, met David Wilson, the great-nephew of Scott's friend, Edward Wilson. The pair knew that Doorly's Antarctica songs existed as he'd had them published in 1943 and Roger Wilson has also occasionally sung one of the songs as an encore at his recitals. However, altogether Doorly's songs amounted to only twenty minutes of music, not enough for a recording. It wasn't until Roger located the musical sketch in his grandfather's notebook that they knew they had enough for a recording. “Naturally I wasn’t going to let anyone else do that, so we did a joint venture," says Roger Wilson. London-based David Wilson produced the booklet that accompanies the compact disc "The Songs of the 'Morning'" and Roger sang. “It was just a matter of my bawling them out with a loud chorus." Roger's son Charles recites a poem describing a lovesick young sailor, Peter Vere-Jones recites the other poems and actor Grant Tilly is the narrator. Gillian Bibby, Roger's wife, is the pianist. For the more unusual nautical elements of the recording Roger Wilson visited the leader of the local sea scouts to borrow a bosun's call and enlisted the help of a school in order to toll eight bells. He roped in a few friends and Gerald Doorly's male descendants for the 'Rollicking Chorus' the music demanded: a grandson flew in from Australia and a great-grandson left his bride of one day to take part. The original musical evenings were lively affairs, says David Wilson. "They had cymbals and gongs and all kinds of instruments aboard, not just the piano, so Doorly at one point complains that the musical evenings are really quite raucous." The new rendition captures that liveliness, says David Wilson. "It gives people a real flavour of the expedition as it was for the people who took part in it. I think that's something that's quite valuable. It's sometimes hard to work your way through the pontifications of historians, to feel your way back to the experiences of the men as they felt them. This is a way of doing that I think." Back then being a good musician was probably enough to tip the balance in the fierce competition between sailors for the sought-after places on those early Antarctic expeditions. So for musician Doorly a piano on the Morning was a must. "There are some who would perhaps regard this item as an unnecessary luxury," he writes in his book about his voyages, "but I can assure them that it is quite an important adjunct, in that it undoubtedly tends to improve the feeling of camaraderie, so essential in an undertaking of this nature." In fact, the piano was delivered to the ship just as the sailors were standing by to leave English shores. It was hastily dragged on board, and later had to be cut in half to move it below deck. "The fact it was still in tune — or vaguely in tune — by the time they had finished that operation was quite remarkable," says David Wilson. On the journey back to New Zealand, the piano and its music entertained the likes of Ernest Shackleton, who, with Scott and Edward Wilson, had made an attempt to reach the South Pole. "He was the life and soul of the party. When he cheered up from having the pip at being sent home by Scott, he really joined in," says Roger Wilson. New Zealand royalties from The Songs of the Morning will go to the Antarctic Heritage Trust, which is restoring the historic huts in the Ross Dependency and in Britain royalties will be donated to the Dundee Heritage Trust, which is preserving Discovery. 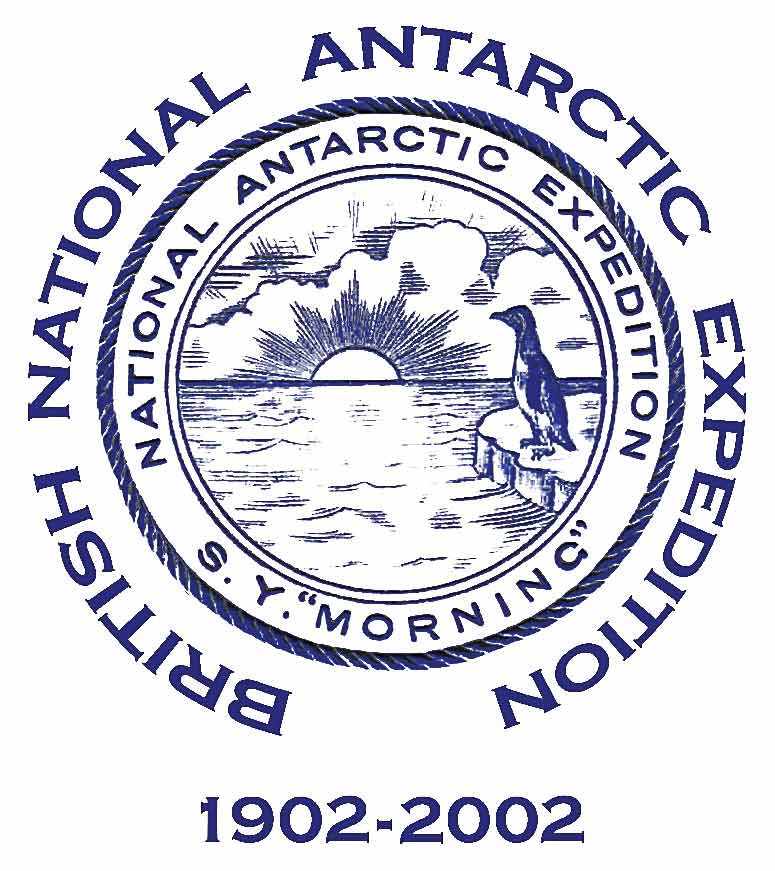